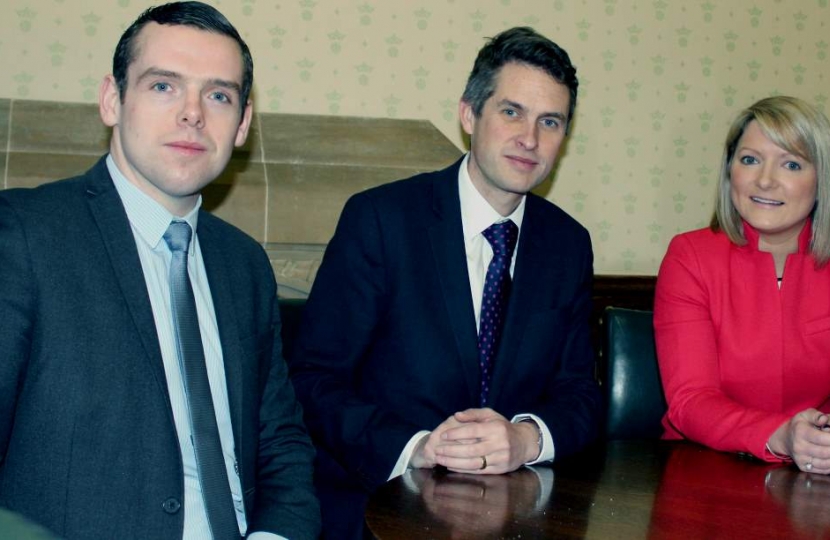 Moray’s MP Douglas Ross said that he is extremely pleased that The Secretary of State for Defence Gavin Williamson MP announced in Parliament yesterday that the UK Government will mitigate the impact of the SNP’s tax rises on Armed Forces personnel serving in Scotland, with servicemen and women being informed in the next few weeks. The Defence Secretary also paid tribute to Mr Ross and fellow Scottish Conservative MPs, saying their campaigning had ensured this issue was highlighted at the top of government and was close to being secured.

Douglas asked the Secretary of State for an update on the how the Ministry of Defence plans to ensure that personnel are not subjected to higher taxes simply on the location of their placement. The SNP’s tax rises would otherwise mean thousands of Armed Forces personnel in Scotland paying more tax than their counterparts stationed elsewhere in the UK.

Douglas and fellow Scottish Conservative MP Kirstene Hair have been working with the Secretary of State on the issue since the SNP Government announced the tax changes in November last year.

“Armed Forces personnel do not have a choice in where they are stationed. Being based in Scotland should not leave them at a financial disadvantage to those based elsewhere in the UK.

“The Conservative Government will always put our military personnel first and I am delighted that we are closing in on a deal to mitigate the unfair Nat Tax on serving men and women. This is something I have been working on for several months and I am grateful to the support we have had from the Mod and the Defence Secretary.

“This has been an issue of real concern for personnel based at RAF Lossiesmouth and Kinross Barracks and I am sure they will welcome this news.”