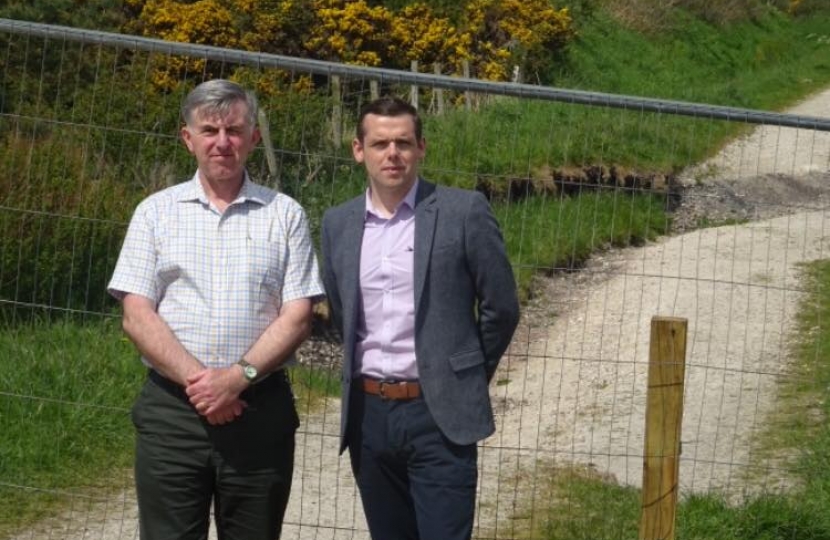 Moray MP Douglas Ross has welcomed news that Moray Council and Sustrans are to meet to work out how to repair or re-route a section of the footpath between Portknockie and Cullen.

Douglas said: “The heavy rain in September last year caused a landslip in a section of the old railway line coastal path near Portknockie. Since then all that has happened is that Moray Council has put barriers in place, effectively blocking the path that is very popular with walkers and cyclists. When it was open, the relatively flat path made it easy and safe for older people to walk or use their mobility scooters on and was therefore very well used.

“I wrote to Sustrans and Moray Council earlier this year to urge them to come up with a solution, whether that is rebuilding the section of the path where the landslip occurred or creating a route to by-pass the damaged area. I am pleased that talks have been ongoing and that a meeting is planned for later this month.

“The coastal path is not only used by local people but is also popular with tourists, and it must be very frustrating for visitors to cycle along our spectacular coastline from Cullen and suddenly find barriers to prevent their progress as they approach Portknockie.

“I hope that between them Moray Council and Sustrans can agree a solution that will see this fine coastal path fully re-opened at the earliest opportunity. I am urging them both to come up with a solution at the meeting later this month so we can make progress as quickly as possible.”

Moray councillor Donald Gatt (Keith and Cullen) said: “As a member of the Administration Group I am doing what I can to influence officers and colleagues to address the Portknockie - Cullen path repairs, however this may take some considerable time with the dire state of the Council finances due to Scottish Government cuts.”