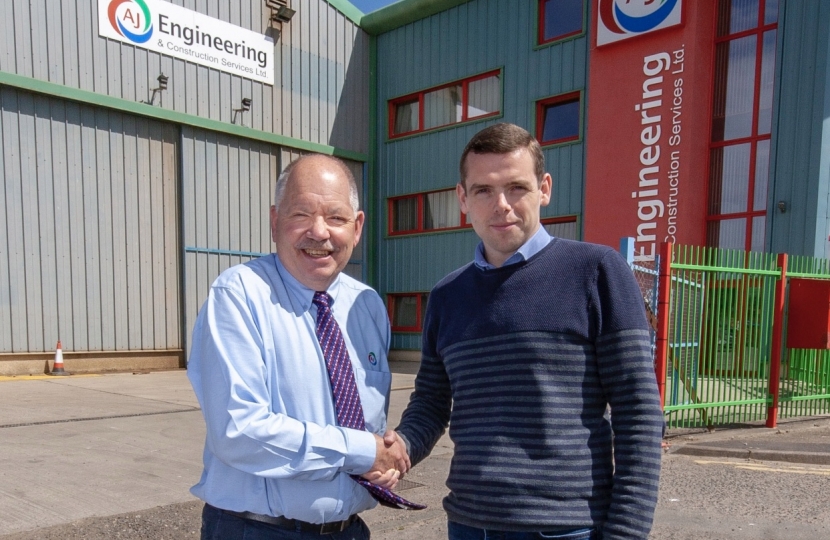 MORAY MP Douglas Ross has welcomed steps being taken to protect small businesses against the scourge of late payments. He commented after Business Minister Kelly Tolhurst MP announced the introduction of a broad package of measures to support businesses.

Douglas said: “I very much welcome the measures being taken by the UK Government. This is something that has been raised with me locally in Moray which I have highlighted at Westminster.

“This announcement from the UK Government recognised that small businesses can be crippled by late payments and have little recourse, other than taking lengthy legal steps to claim their money and seeks to make things easier by increasing responsibility and setting good standards of practice.

“I think it’s important that businesses know the Government is on their side and equally that there will be repercussions going forward if customers don’t pay their bills promptly as it can have a huge impact on businesses.

“This is something that no business wants to have to bring to the table, but, equally, it is vitally important for businesses of all sizes to know they have this support as late payments can have a knock-on effect on staff, suppliers and other businesses down the line.”

Forres businessman Alan James, from A J Engineering has welcomed the steps being taken: “It is a positive step forward and I’m grateful for the support that Douglas has given to this issue, which is one of the issues that the Federation of Small Business has been campaigning for, he said.

“It’s very good news especially making payment practises a board level responsibility and a tough approach to compliance. Boards are very aware of good governance and in the case of the recent health and safety laws it has shown how directors become directly accountable.

Now, for larger companies, at last there will have to be a degree of payment practice visibility with this latest Government intervention.”