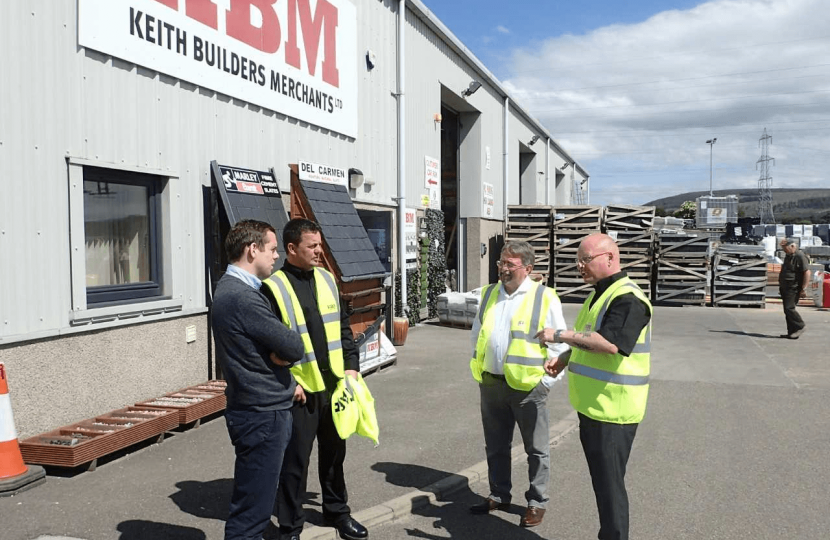 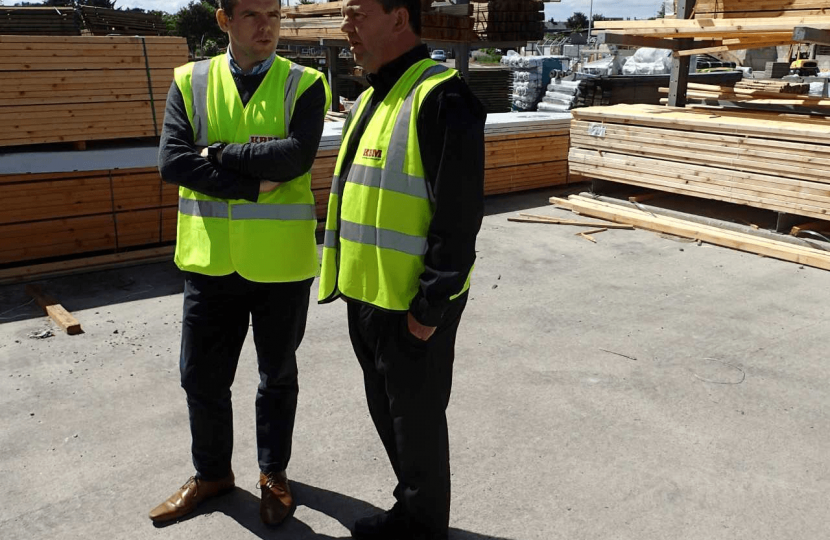 Commenting afterwards Douglas said: “I really enjoyed my visit to the Keith branch and I’m grateful to Jeff for a very interesting meeting and tour. It was good to hear about their plans for the future and to learn a little more about the business.

During his visit, Jeff gave Douglas a brief history of how KBM started and grew into the company it is today, employing 50 people, and briefed him on further expansion plans for the Forres branch which will create more jobs. Douglas was also taken on a tour of the KBM site which he said was both informative and interesting.

Douglas added: “It is always interesting to meet up with local businesses and learn how they are moving forward.  It was good to meet with Jeff and the team at KBM and hear about their expansion plans, it’s positive for Moray that this local firm is doing well and looking grow further, creating jobs and adding a further boost to the local economy, as well as serving the many customers they have here in Moray and further afield.”

KBM Managing Director Jeff Smith said: “It was a pleasure to meet Douglas and refreshing to find a Member of Parliament willing to meet local businesses and show a genuine interest in our development. As a business covering all of Moray KBM have always demonstrated a commitment to community involvement through initiatives such as our community charity fund.  We look forward to working with Douglas closely in the future to help maintain a socially responsible business. Particular thanks go to Karen Freel and Graham Bolton for arranging the introduction.”

Graham Bolton said: “It is great to see politicians like Douglas taking an interest in BMF members businesses particularly those who have ambitious expansion plans which will result in more jobs and better service in the Moray community and beyond.”