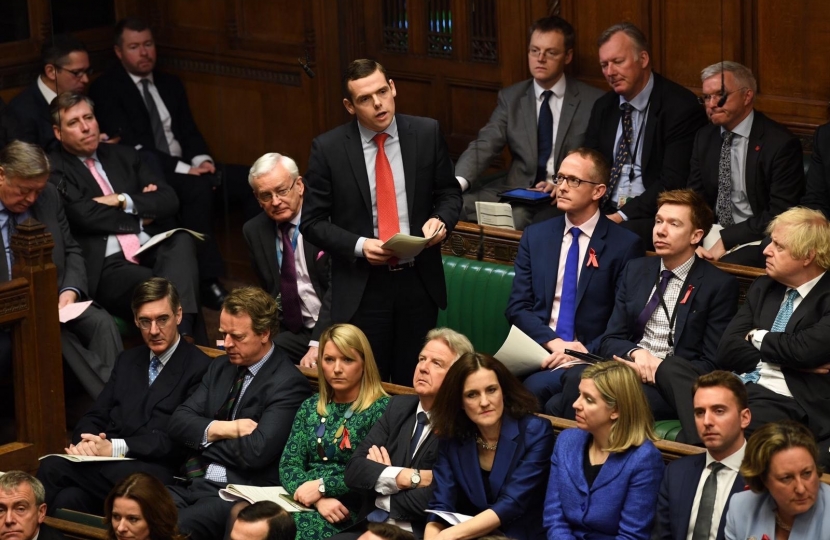 MORAY MP Douglas Ross has outline his opposition to the BBC’s plans to scrap free TV licences for the over 75s. He was commenting after the BBC said only those aged over 75 in receipt of pension credit will qualify from June next year.

Douglas said: “This is something I spoke out against when it was brought up in Parliament recently and I’m still opposed to scrapping the free licence for over 75s. For many of them who may be isolated or lonely, television provides them with some comfort but if they are forced to pay for the fee, many will think it’s something they cannot afford.

“I don’t think it’s in any way fair and the move has been condemned by Age UK and others. Not only that, but it is something the BBC were aware that the Government did not want them to do.

“The BBC have stated that the cost for providing free licences is too high and that this will save them money whilst also providing some help to the poorest pensioners, but the Government made it clear to the BBC when handing over responsibility for the future funding of the free TV licence this was a concession they wanted to continue.

“I’m very disappointed that elderly constituents in Moray and across the UK will be disadvantaged by the BBC in this way.

“They cannot suddenly say they have just realised there will be a financial implication from this scheme. They understood full well the level of commitment required when agreeing to the funding settlement back in 2015 which they knew meant they would have to take on responsibility from 2020 for the concession. So to suddenly go back on that is unacceptable.  I have made it very clear if they are struggling for funding the BBC should look at the salaries of their biggest celebrities and pundits rather than hitting pensioners in the pocket.

“I’m urging the BBC to reconsider this terrible proposal.”