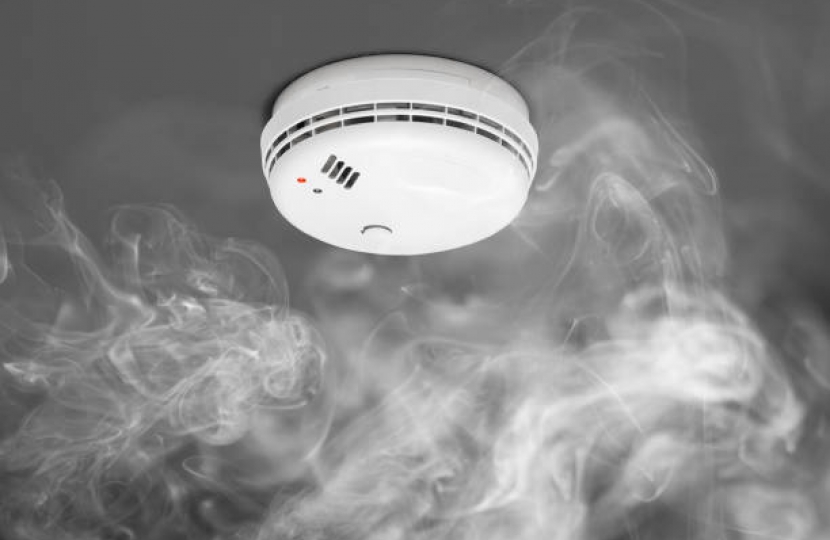 Moray MP Douglas Ross has called on the Scottish Government to delay new legislation coming into effect in February requiring all homes to have interlinked smoke alarms at a cost of around £250.

Under the terms of the new rules, Scottish homeowners must have a ceiling-mounted smoke alarm in their living room, hallways and landings, a heat alarm in every kitchen and carbon monoxide alarms by all fixed combustion appliances such as boilers and wood burners.

Leaflets have been distributed locally urging people to take action to fit alarms before the deadline.

Commenting, Douglas, said: “This legislation was recently rubber stamped by the Scottish Government, but there has been very little publicity about it and people are simply not aware of the requirements.

"From February 2021, every household must have interlinked smoke and carbon monoxide alarms in their homes, which will cost the average homeowner between £200-£300 to make their property compliant with the law.

“It’s absolutely staggering that there has been a lack of published information from the SNP Government, who have a duty to make the public aware and put mechanisms in place for people to have this work done safely and at an affordable cost.

“People are going to be extremely worried and concerned about what it means for them and about how they are going to comply.

“Constituents who have found out about this have contacted me asking why, particularly in the middle of a pandemic with all the uncertainty and worries that people currently have, is this legislation being introduced with just four months-notice and without advice or guidance?

“Amidst all the economic uncertainty and with Christmas looming this cost will be one that many simply cannot afford and haven’t had time to budget for. It also raises concerns about additional people coming into others homes at a time when the guidance is to reduce this as much as possible.  While tradespeople can still enter homes for work under the current guidance, the volume of visits needed to bring every house in Scotland up to standard by February is significant.

“Community safety is absolutely vital and is paramount at all times, but during a pandemic when money is tight this is an unacceptable and unrealistic target. The Scottish Government should push the deadline back into 2022 to allow people more time to comply."