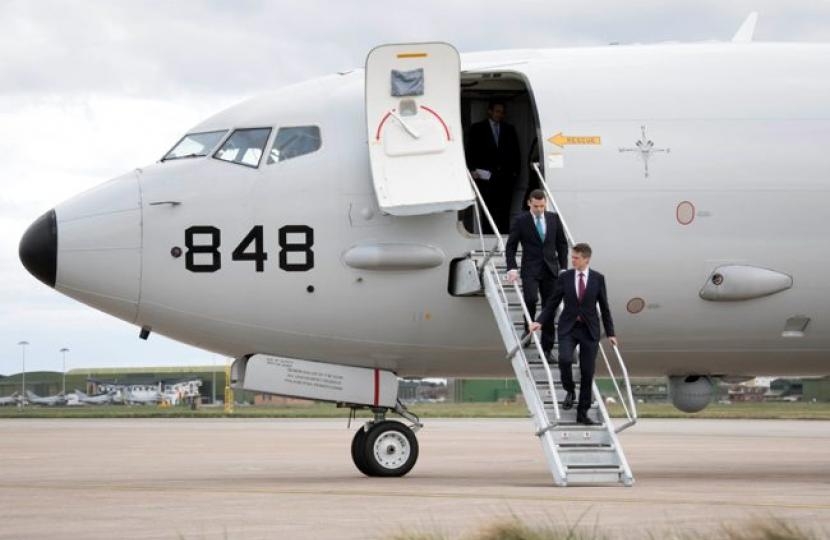 Moray MP Douglas Ross said that the SNP’s plans for an independent Scotland would put the country at risk with defence spending slashed by two thirds and RAF Lossiemouth could also be offered to NATO in exchange for entry to the organisation.

Douglas was commenting on the blueprint for the armed forces in an independent Scotland which was written by Lt Col Stuart Crawford, the SNP’s former defence spokesperson who has come up with a plan costing just £1.1billion, rather than the current £3.2 billion spend.

Douglas said: “This just highlights how little importance the SNP puts on the defence of our country and how little they think of our armed forces personnel that they would essentially slash their jobs by reducing defence capabilities to some ships and a few planes and use RAF Lossiemouth to haggle with NATO for the protection of our boundaries.

“While the Conservative Government at Westminster is putting significant investment into RAF Lossiemouth and compensating our armed forces personnel who have suffered from the SNP’s Nat Tax, we have the SNP plan to give everything away to save money and then just hope for the best outcome for Scotland. Fears over our defence capabilities if Scotland were to become independent were raised in 2014 and it’s clear from this latest offering from the SNP that our armed forces would be under threat if they were in charge.

“Seriously compromising our armed forces by removing fast jets, ships and tanks is a ridiculous policy that shows how vulnerable we would become if Scotland separated from the rest of the UK. The spending commitment alone falls substantially short of the amount required for NATO membership.

“It’s quite clear that our Armed Forces would be a low priority for the SNP if they were to achieve independence and that is simply unacceptable. Having said that, there is a major flaw in their plan, a majority of Scots remain opposed to the SNP plans for independence.”