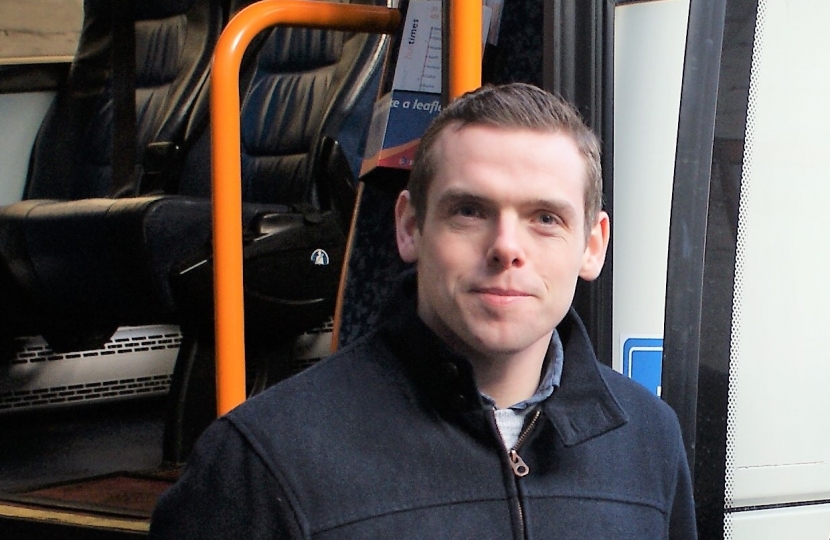 Moray MP Douglas Ross has welcomed confirmation from Moray Council that a new bus service which will cover Forbeshill and also go as far as the new dental surgery at Knockomie in Forres will commence on February 24th.

Douglas said: “I’m pleased the Traffic Commissioner has finally approved the start date for this service.

“Since I was first elected in 2017, people have been asking for the bus in Forbeshill to be reinstated and, along with local residents, I campaigned hard for this to happen.

“Everyone knows that Forbeshill is a particularly steep area and elderly people living there found it challenging to negotiate the paths, especially in the winter.  That’s why many were forced to pay for a taxi to get down into town for shopping, or to visit the health centre.  This bus service is badly needed and I know it will be well supported when it comes into service in a few weeks.

“I’m delighted that the council has also confirmed that this new service will take passengers to the new dental surgery at Knockomie on Grantown Road, which will provide a service to the houses there who have previously been without a bus.  This is something I have been working hard to get included so it’s a big boost to local people who contacted me about this.

“This is good news for Forres and I’m delighted that the campaigning for this vital service has paid off.”

The news was also welcomed by Moray Conservative Councillor for Forres, Claire Feaver who has also campaigned for a bus for Forbeshill and Knockomie.

Councillor Feaver said: “I’m delighted the traffic commissioner has agreed to rubber stamp this service which will provide a vital link into Forres for passengers living in Forbeshill and Knockomie.

“This is something people have been asking for and will allow them to get into Forres or to the dentist without having to rely on someone taking them there, or paying for a taxi.

“Seeing this service start later this month will be the culmination of a lot of hard work, and I’m grateful to the Moray Council transport department for all their efforts.”