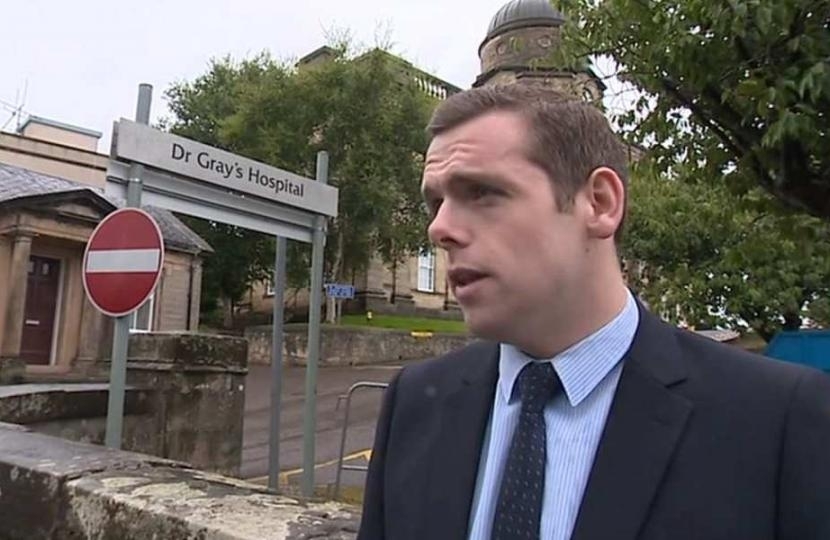 Moray MP Douglas Ross has welcomed confirmation that NHS Grampian will install an MRI scanner in Elgin, which will mean that local people will no longer have to travel to Aberdeen for scans.

Commenting, Douglas said: “I raised this issue with NHS Grampian earlier this year when a number of constituents contacted me after they had to make the long journey to Aberdeen, often by public transport, for what could sometimes be a short appointment.

“I’m delighted that the NHS Grampian Board has agreed that Dr Gray’s Hospital will have one of the two new MRI scanners the health board plans to install.

“This will make such a positive difference for patients in Moray to be able to have their scan locally rather than having to travel to Aberdeen, and I’m pleased that the pressure I put on NHS Grampian on behalf of the people of Moray has paid off.

“I look forward to receiving updates from NHS Grampian about progress on this vital investment at Dr Gray’s Hospital.”

Douglas also welcomed the agreement from the NHS Grampian Board that a new transformation board will be established to maximise the potential of Dr Gray’s.

He said: “I understand that the aim is for Dr Gray’s to become the benchmark for smaller hospitals and to deliver as much care as possible at the hospital and in communities across Moray.

“This is a positive move and a welcome endorsement that Dr Gray’s Hospital is being seen as an important part of NHS Grampian’s plans for the future.”