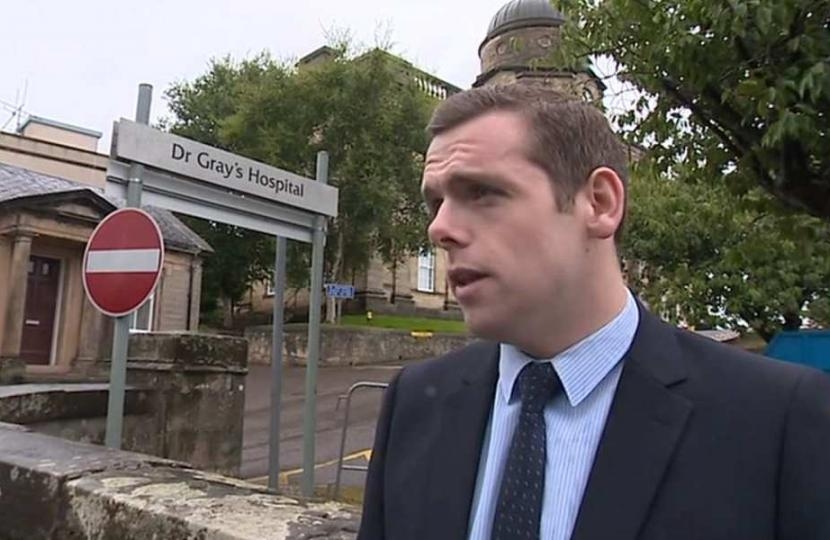 Moray MP Douglas Ross has welcomed confirmation that NHS Grampian intends to install an MRI unit in Elgin after he raised this issue on behalf of a number of constituents.  If situated in Elgin it would remove the need for people in Moray to have to travel to Aberdeen for scans.

Commenting Douglas said: “I had a number of constituents contact me after they had to make the long journey to Aberdeen, often by public transport, for what could sometimes be a short appointment. I wrote to NHS Grampian to ask if they would consider having a MRI unit at Dr Gray’s so that Moray residents could benefit from having local appointments.

“This has the potential to make such a positive difference for patients in Moray if they can have their scan at a local hospital rather than having to travel to Aberdeen, and I am pleased NHS Grampian have listened to the concerns of local patients that I have relayed to them.

“I look forward to receiving updates from NHS Grampian and the Scottish Government about the progress being made towards what will be a very welcome investment at Dr Gray’s Hospital.”