ROSS SUPPORTS THE INTRODUCTION OF A GRADUATED LICENCE SCHEME 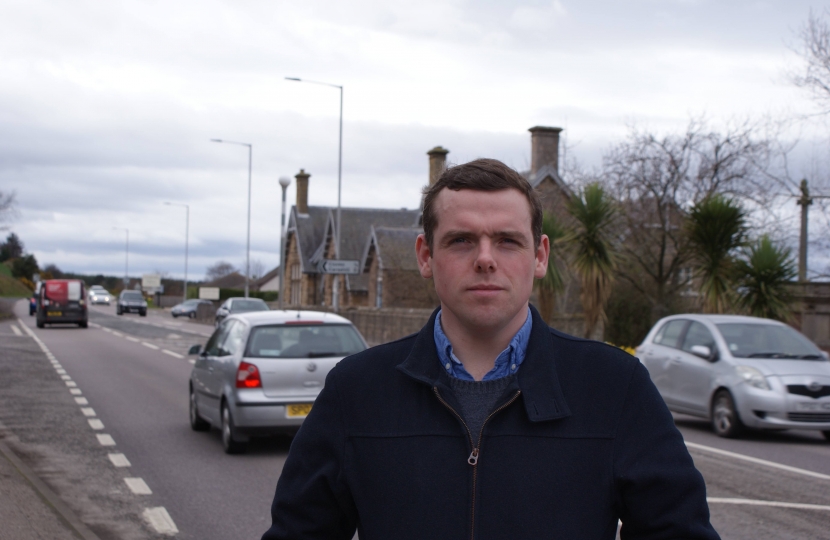 Moray MP, Douglas Ross, is taking forward a campaign to introduce a Graduated Licence Scheme in Scotland after the current pilot in Northern Ireland stalled as the assembly is not sitting.  Outlining the proposal and the importance in Moray and the North of Scotland Douglas said:

“Alarmingly, the Highlands and Grampian areas have some of the highest young driver collision rates in the UK, with 10% of all collisions involving a driver aged between just 17 and 19 years. In these areas alone we could reduce casualties, including those killed or seriously injured, if a form of graduated licence was introduced. In addition to the huge personal trauma these collisions cause to our communities, financially studies suggest we could save at least £4 million in costs to society in these areas alone.”

Dr Neale Kinnear, Head of Behavioural Science at TRL, said “While road safety in Scotland has been improving in recent years, 17-24 year olds are still over-represented in road collisions and are an area for priority. Research estimates that if a Graduated Driving Licence (GDL) system was introduced in Scotland it could prevent almost 200 casualties, including 29 killed or serious injured from collisions involving a 17-19 year old driver.  Financially this could save at least £12.5 million in Scotland. A GDL system that applied to 17-24 year old new drivers would prevent even more casualties and increase the savings to society.”

Douglas added “The UK Government have agreed to pilot the GDL in Northern Ireland before deciding whether to introduce it further or seek more information. I am in contact with the Transport Department to establish the latest position with this pilot as I understand that it has been suspended due to the Northern Irish Assembly not currently sitting. I am keen that such a pilot take place and will ask if consideration can be taken to trial this pilot in Scotland if it means that progress can be made and we can save lives on our roads.”