Ross responds to US tariffs applied to Scotch Whisky and Cashmere 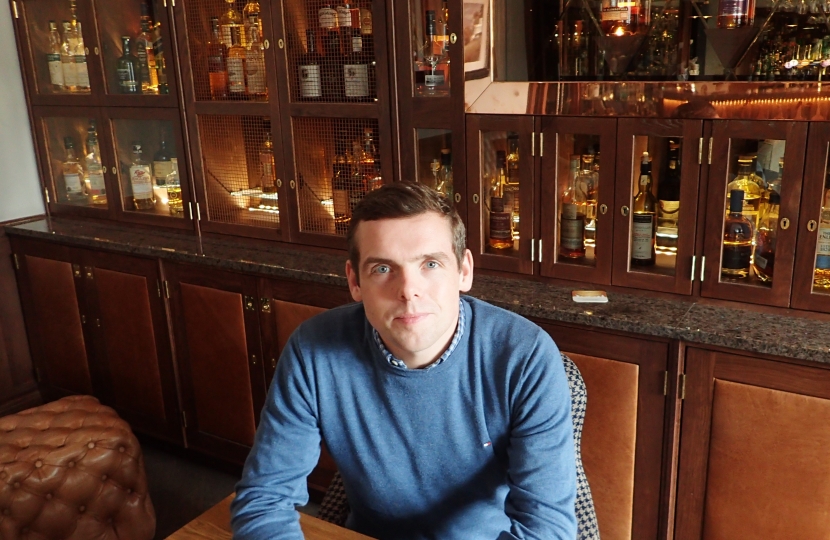 Commenting after news emerged overnight that the US plan to impose a 25% tariff on Scotch Whisky and knitwear including Cashmere from 18th October in response to the EU applying tariffs on US products, Scottish Conservative MP for Moray Douglas Ross said: “This is a huge blow to industries which are so important to Moray but also the whole of Scotland and the UK.

“When it was first suggested that the EU would impose tariffs on US Bourbon, it was feared that in retaliation, Scotch Whisky may be punished. That’s why, back in June 2018, I wrote to the EU Commissioner to echo representations that had been made urging the EU not to do this.

“Sadly, they failed to listen and this announcement by the US will have a huge impact on our iconic Scotch Whisky Industry.

“The US is the first and only billion-pound export market for Scotch Whisky therefore the scale of this 25% tariff is clear for all to see.  It will be a huge blow for our industry.

“I’ve immediately begun discussions with Government colleagues and key members of the industry to see what can be done to seek to reverse this decision, because at the end of the day, Scotch Whisky has been disproportionately penalised for a dispute between the US and EU over subsidies given to Airbus.

“The fact that UK-made knitwear will also be included in these tariffs will also have an impact in local businesses here in Moray and shows how much our area is being hit by these decisions.

“I’ll do everything I can to support these industries at this time and I know this message is shared across the whole of the UK Government.”