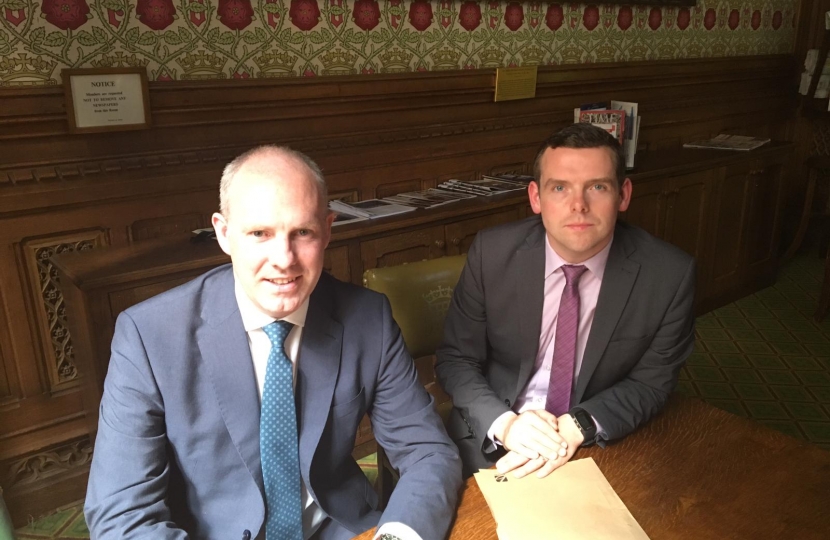 Moray MP Douglas Ross has stepped in to clarify the position following the closure of the DWP Assessment Centre in Lossiemouth. Contrary to reports earlier this week, the centre was closed for health and safety reasons and the Moray MP is now working with Government Ministers and the provider to identify a suitable replacement site for local people.

Douglas said “It was disappointing to see this issue being highlighted as the closure of the Assessment Centre through the Press by local SNP MSP Richard Lochhead without him actually researching the facts.

“After a routine health and safety check at the premises it was identified that there was no emergency escape route should there be an incident at this facility and therefore the decision was taken to temporarily close it until suitable alternative premises could be sourced.

“CHDA are working closely with the DWP to find alternative premises in Moray and in the meantime, local residents are being offered either paid taxis to the nearest centre in Inverness or home visits.

“Both the DWP and CHDA have apologised for any inconvenience caused and I’ve met with the Minister, Justin Tomlinson, to discuss this and we are working to identify a suitable local replacement.

“I wish the SNP would concentrate more on dealing with facts and researching the issue before putting out press statements which understandably caused a great deal of concern and alarm.

“I’m pleased the DWP have confirmed they are committed to having a replacement base nearby and I hope I can assist them in finding new accommodation as soon as possible.”