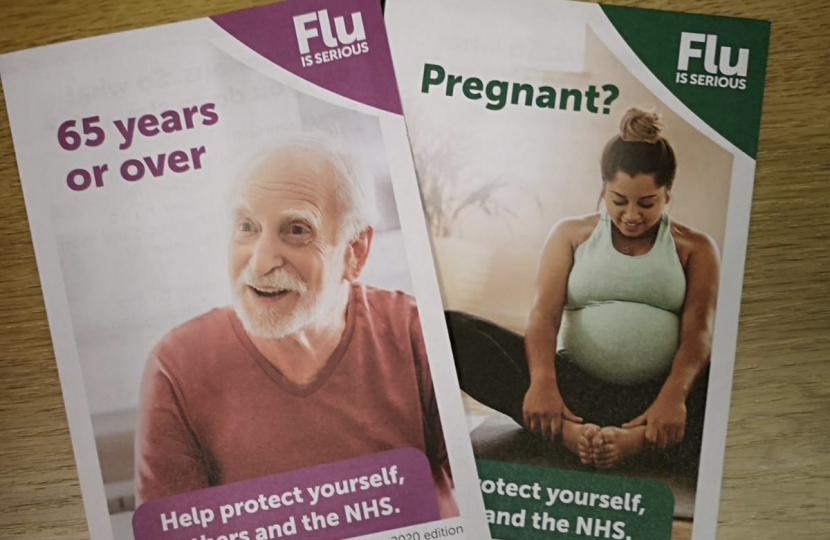 Moray MP Douglas Ross has raised concerns over this year’s roll out of the flu vaccine in Grampian, after receiving a large number of complaints from local constituents about the late delivery of appointment letters, some of which are arriving after the appointment date. In addition to this, Mr Ross has received concerns about elderly, housebound and infirm residents receiving letters advising them to attend their local flu vaccine centre when they struggle to leave their home. Adding to their concerns is the fact that when the hotline number is called to arrange alternative dates or locations for the administering of the vaccine, the number telephoned is often constantly engaged.

“I have raised this issue with the Chief Executive of NHS Grampian and asked what plans there are to address the serious concerns that have been raised with me. Aftereverything I have heard from local people, for many affected, the process can only be described as a shambles.

“People living in Moray are understandably seriously concerned. This year they are worried about the ongoing covid pandemic and on top of that they are desperate to make sure they at least get their flu vaccine.

“Clearly the systems and procedures set up to deal with the flu vaccine distribution and roll out this year have failed and urgent action needs to be taken now to address all the issues.

“NHS Grampian need to be in a position to reassure the public that everyone will get their flu vaccine in time.

“I’m not sure why the Scottish Government decided to change what is normally a smooth operation this year. In doing so they’ve created alarm and uncertainty amongst some of the most vulnerable in our community”.