ROSS PLEASED WITH RESURFACING OF A96 ALVES CRAWLER LANE 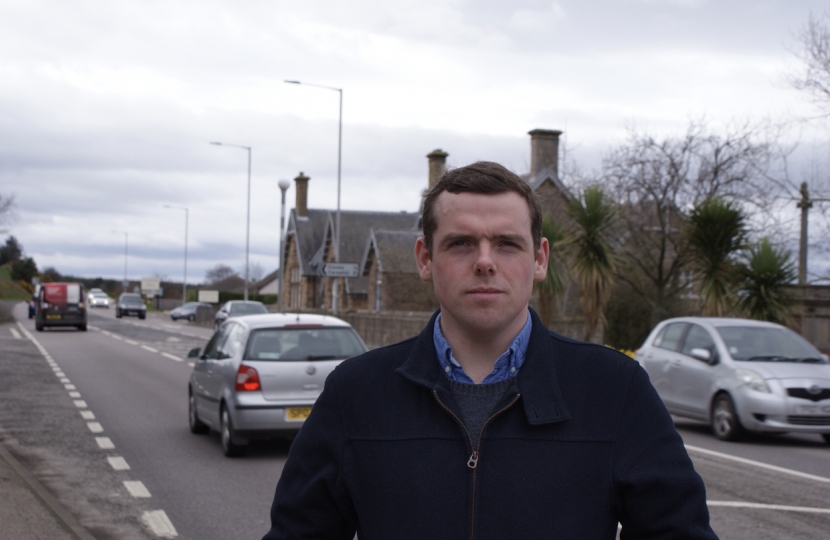 After receiving numerous complaints about the state of the road surface on the A96 Alves crawler lane, Moray MP and road safety campaigner, Douglas Ross wrote to the Chief Executive of Transport Scotland, Roy Brannen, asking that this matter be addressed as a priority. The works have now been completed and motorists have commented on the improvement on this stretch of road.

Commenting Douglas said “Earlier this year I wrote to the Transport Scotland urging them to take action to address the dangerous road surface on the A96 Alves crawler lane. I pointed out that this three lane part of the route was one where traffic could utilise the overtaking lane to overtake and drivers should expect the surface of the road to be in first class condition.

“Several local people contacted me about the condition of the road and asked if I could apply any pressure to get these improvements done as quickly as possible, so I’m really pleased with the outcome.

“While there has been some inconvenience in recent weeks while the works were undertaken, motorists were patient throughout as they could see the benefit that all road users would get after the works were completed.

“This is a busy stretch of road and the condition should never have been allowed to get as bad as it did, but now the surface has been replaced it should be a lot safer for everyone travelling on this route.”