Ross calls for spirits to be supported in upcoming budget 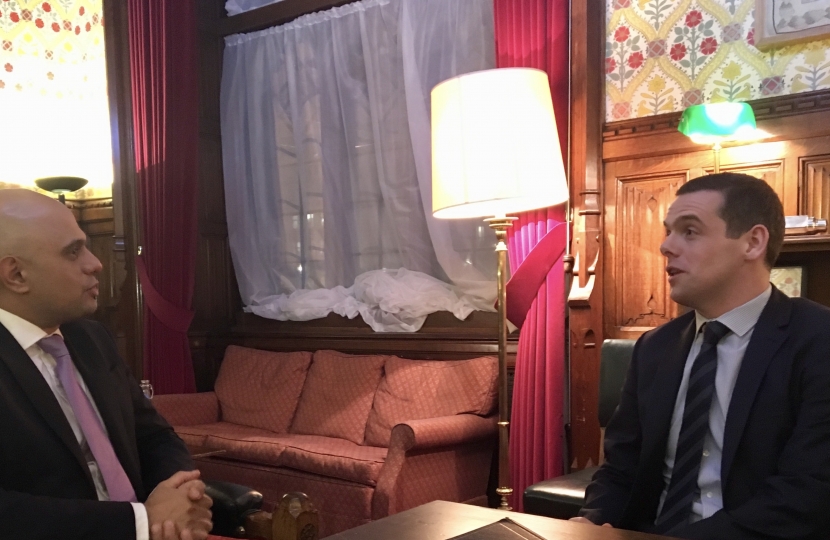 MORAY MP Douglas Ross is once again urging colleagues in the UK Government to announce a freeze - at the very least - on spirit duty in the budget due to take place on 6th November.

Commenting Douglas said: “Since my election as Moray’s MP, I have focused a lot of my attention on supporting our iconic Scotch Whisky industry and other spirits produced here in Moray and we’ve had success in the previous two budgets.

“My Scottish Conservative colleagues and I secured duty freezes since 2017 and I’m seeking the same outcome this year. It has not always been an easy ask of the treasury, but with the support of the Scotch Whisky Association and local distilleries, I believe we have a compelling case to once again secure a freeze this year, and if other alcohol products were to get a cut in duty, ensure there is parity with them.

“The 25% tariff applied to Scotch Single Malt Whisky as part of the US/EU trade dispute has been a big blow to the industry in recent weeks and I continue to press for these damaging tariffs to be reversed. But a way of supporting Scotch Whisky would be for the Government to heed my calls and again freeze spirit duty.

“I’ve already made representations to the treasury and will continue to urge the Chancellor of the Exchequer to deliver this freeze or parity with other alcohols in his budget next month which I know will be welcomed by spirit producers across Moray.”