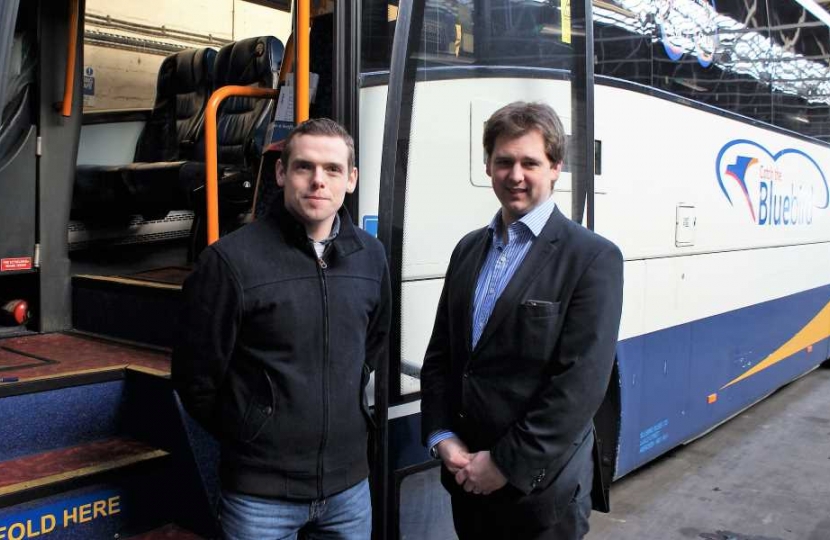 Moray MP Douglas Ross has written to Transport Minister Humza Yousaf calling on him to use his powers to restore Moray’s bus service.

Douglas explained: “I have been working for months trying to persuade Stagecoach to make changes to the service in order to restore some of the routes that have been cut. The changes have had an enormous impact and many local people particularly in Elgin and Forres have been left isolated in their homes. I am also concerned that some less able-bodied bus-users are finding the buses which have high steps very difficult to negotiate.”

As well as meeting regularly with Stagecoach north region Managing Director Mark Whitelocks, Douglas organised a public meeting last year at which bus-users were given the opportunity to put their points directly to Stagecoach and Moray Council. He continued:

“Despite all this pressure we are not seeing much positive movement. Compounding the problem is that Moray Council is unable to help because its income has been cut by the Scottish Government. And on top of that more and more people from Moray are having to rely on public transport to get to Aberdeen for routine health treatment and consultations at the Aberdeen Royal Infirmary instead of Dr Gray’s due to reductions in the medical service there.

“At the end of the day it is the responsibility of the Scottish Government to ensure that there is a bus service that meets the needs of the people of Moray. It is the Scottish Government which negotiated the agreement with Stagecoach which determines the nature of their franchise. There is no shortage of buses in Edinburgh and Glasgow and it’s about time that Moray got a fair deal from Nicola Sturgeon and her ministers.

“That is why I have taken this step of trying to engage with the Transport Minister in an effort to secure a bus service in Moray that meets the needs of local people”.