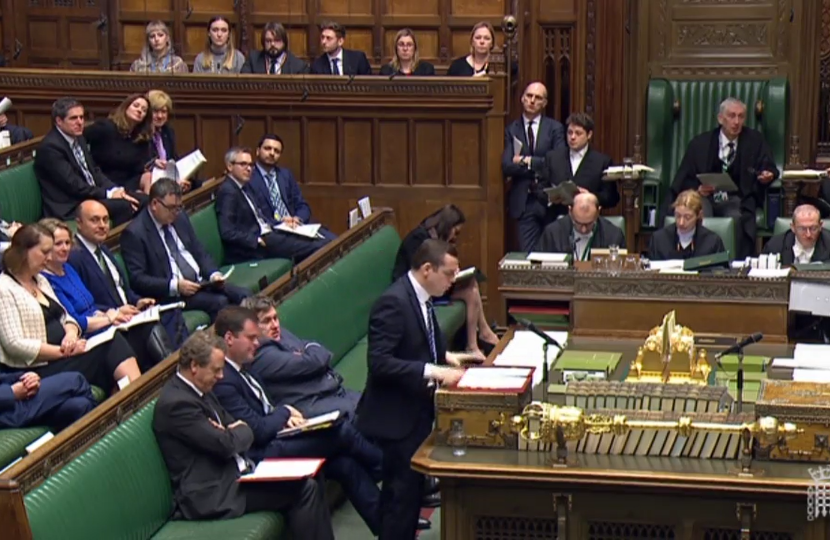 Moray MP Douglas Ross said it was an honour this week to become the first MP for Moray to speak at the Dispatch Box in the House of Commons since 1974, when Conservative MP Gordon Campbell, who represented Moray and Nairn was Secretary of State for Scotland.  Douglas was answering questions on behalf of the Scotland Office where he is the Parliamentary Under Secretary of State for Scotland.

Commenting, Douglas said: “It was a great honour to take my place at the Dispatch Box for Scottish Questions and I was pleased, my first words in the Chamber as a Minister were to say what a privilege it is to be re-elected as Moray’s MP representing my home area in the House of Commons.

“It was a very lively question session where I answered on a range of issues from fishing, growth deals and funding.

“I was able to reiterate that we’re coming out of the Common Fisheries Policy so will be able to say who catches what, where and when in our waters and I look forward to working with communities across Scotland on this key issue to make fishing the bright industry it deserves to be with more job opportunities, particularly for young people.

“The questions session also allowed me to highlight some local successes such as the Moray Growth Deal and reiterated the fact we are receiving the biggest settlement per head of population in the country.  “The session passed in a flash and we have it all to do again in a few weeks’ time but I’m relishing the opportunity to highlight Moray and Scotland at the dispatch box.”