Parking firm rows back on heavy fine after MP's intervention 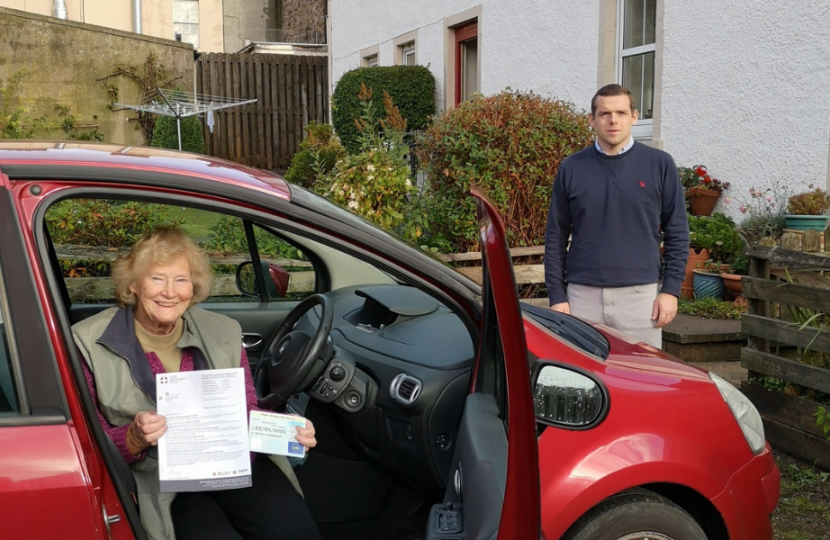 A parking firm has agreed to row back on demands for a £170 fine from an 84-year-old blue badge holder after an intervention from her local MP.

Douglas Ross had written to the chief executive of Smart Parking Ltd to ask that the company show “compassion” in the case of his constituent.

Kathleen Middleton parked in Strother’s Lane car park in Inverness during a visit from her home in Forres.

The pensioner parked in what she believed was a disabled bay and displayed her blue badge.

However, she then received a parking notice for £60, which was subsequently increased to £170 when she failed to pay the initial fine.

Smart Parking has been at the centre of similar disputes elsewhere in Scotland, prompting a campaign to introduce more regulation for private car park operators.

Following the intervention from Mr Ross, the company agreed to reduce the fine back to £60.

“I contacted the Chief Executive of Smart Parking to ask the company to show some compassion in this case.

“Mrs Middleton is 84 years-old and has a disabled badge because of the difficulties she has walking.  She rarely travels to Inverness and believed that she was entitled to park anywhere through her disabled concession.

“Whilst she accepts that is not always the case, the heavy handed letters and financial punishment she was threatened with were very distressing.  The thought of having to pay a £170 fine left her extremely concerned and she wants to ensure others don’t face a similar situation which is why she asked to speak out on this case.

“The penalty applied was hugely disproportionate to the cost of a parking ticket.

“I hoped that Smart Parking might agree to drop this altogether, but they have at least agreed to revert to the original £60 fine rather than chasing a sum more than twice that through debt collectors."

Moray MP Douglas Ross has called on the local council to “urgently” address flooding issues at Clovenside cemetery in Forres after being contacted by distressed constituents.