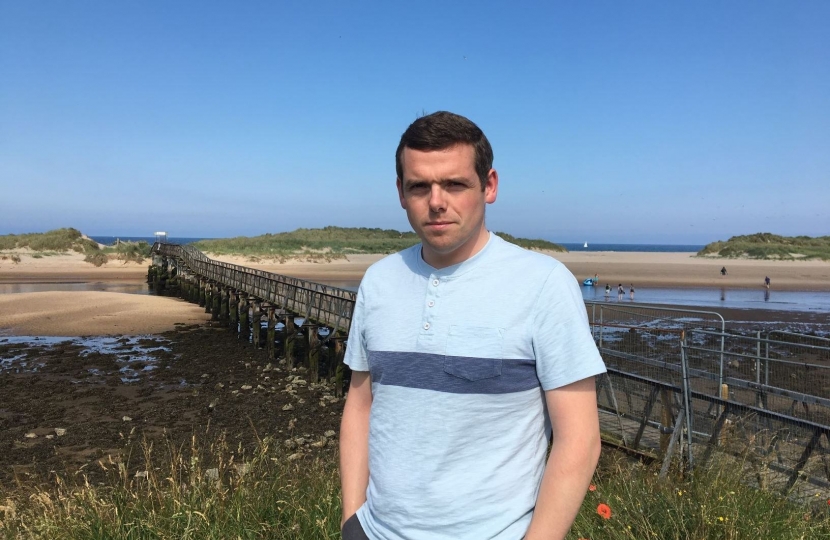 MORAY MP Douglas Ross has commented on the news that the Scottish Government will fund the replacement of the East Beach footbridge in Lossiemouth.

Douglas said: “There has been an impressive community-led campaign to replace this vital bridge and I’m pleased that efforts are now underway locally and nationally to deliver this project.  I wrote to the Scottish Government on the 2nd of August urging them to support these efforts and I’m pleased that has now been confirmed.

Douglas added: “There was an urgent need to find a solution to this problem for local businesses and the whole of Lossiemouth and while this announcement is welcome, we have to redouble our efforts to see it delivered as quickly as possible.”