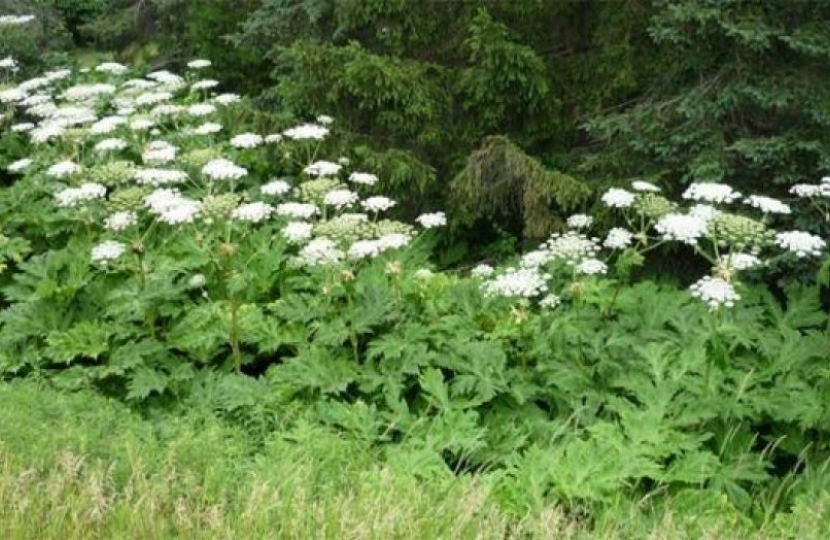 MORAY MP Douglas Ross has welcomed ongoing collaboration between Scotrail and groups working together to control the spread of invasive species such as hogweed.

He was commenting after Scotrail wrote to confirm they are supporting an initiative by the Scottish Invasive Species network who are aiming to contain the spread of hogweed within the River Lossie and Findhorn catchment areas.

Douglas said: “I’m pleased this initiative to train individuals to tackle invasive species is ongoing and that a team has already been established to take this forward.

“Network Rail have said they will treat hogweed during June and July and that they are also working with landowners to try and eradicate this dangerous plant, which can cause burning and irritation if it comes into contact with the skin.

“I was pleased to see that the initiative has also been actioned on the ground with staff working on the Aberdeen – Inverness rail improvement project removing plants when they come across them.”

“There is still much to do to tackle these invasive species, but I’m hopeful that with agencies working together with landowners and groups such as the Findhorn, Nairn and Lossie Trust and Invasive Species Network that we can get on top of this.”

“I have asked that Network Rail keep me updated on the progress of this initiative and will write to the Scottish Government to ask what extra support they may be able to offer.”