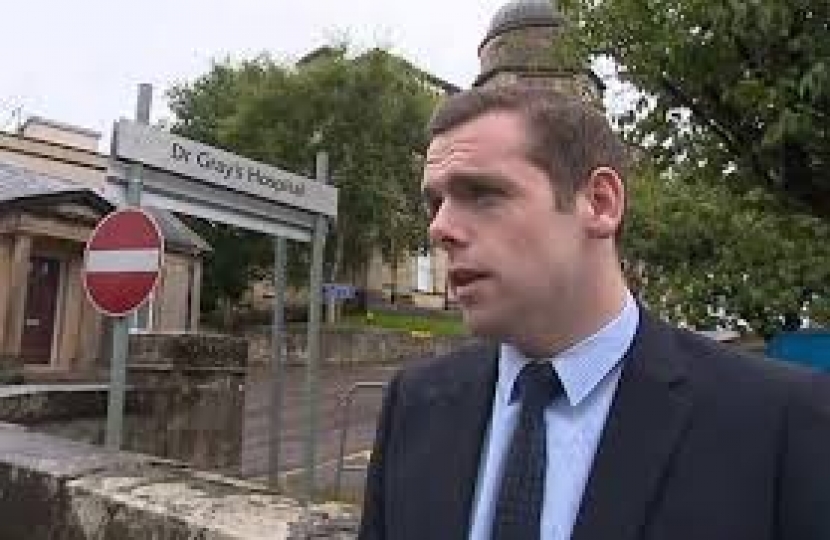 MORAY MP Douglas Ross has welcomed the news that five new doctors have been recruited to work at Dr Gray’s Hospital in Elgin.

Commenting, Douglas said: “This is excellent news for Moray as the lack of doctors and junior doctors and failure to retain newly qualifying doctors has created significant difficulties for Dr Gray’s and resulted in a reduction of services and closure of wards.

“I know a lot of work has been done to try and recruit more doctors but despite these efforts, this didn’t happen immediately. So it is great that we have four new GP trainees and a foundation year doctor who hopefully they will stay in Moray after their training is complete.

“I also welcome the fact that a new pharmacist and seven new nurse practitioners will also be joining the team later this year.

“However, despite this, we need to be cautious because there is still a lot of work to be done to attract and retain more doctors and nurses to Moray. We therefore need to maintain the pressure on the NHS Grampian and the Scottish Government so that Moray has the hospital and health service it deserves.”