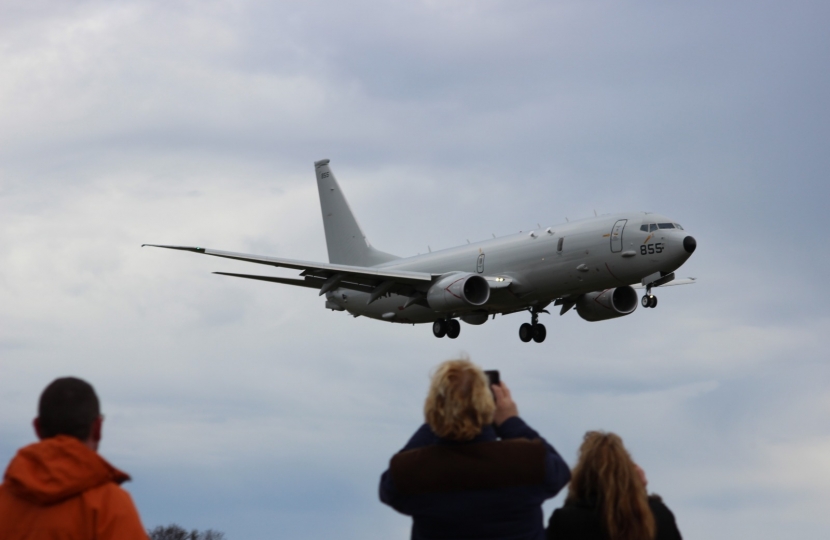 MORAY MP Douglas Ross has welcomed the official handover of the first Poseidon aircraft bound for Moray to the Ministry of Defence. Members of 120 Squadron who are preparing to welcome nine of the maritime reconnaissance aircraft to RAF Lossiemouth took possession of the brand-new Poseidon at a special ceremony organised by manufacturers Boeing in America this week.

Commenting Douglas said: “This is a major milestone for Moray and the RAF which reaffirms our strategic importance to the defence of the UK with the government investing £400 million in the base.

“This is fantastic news for Moray, Scotland and the UK and I look forward to seeing the aircraft in service in Moray early next year once the crews have completed their training.

“The fleet of P8s, the construction of the impressive strategic facility and upgrades of the runway will make RAF Lossiemouth the most strategically important airbase for the defence of the United Kingdom and this will also create hundreds of additional jobs and boost the economy and skills sector in Moray. It also clearly demonstrates the commitment shown by the UK Government to our area.”