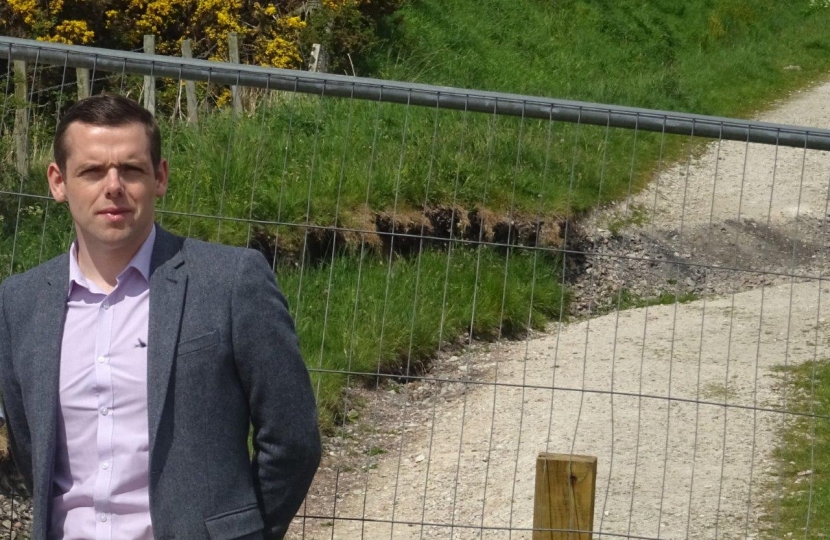 Moray MP Douglas Ross has welcomed the appointment of a contractor who is carrying out investigations in the first stage of a plan to effect repairs on the coastal path which runs between Portknockie and Cullen. This follows a landslip there almost a year ago, which saw the path closed off to the public.  Douglas has continued to have dialogue with Moray Council on this matter as he has been contacted by several constituents about it.

Commenting Douglas said: “I’m very pleased a contractor has now been appointed to get on with the work of carrying out the site investigations at the popular path.

“It is almost a year since the landslip and I’m sure this news will be welcomed by the communities. I understand that a preliminary report will be presented later this month with a final proposed plan of action by the end of October.”

“Several constituents have contacted me about this path and I am sure they will be glad to hear this latest news, but ultimately, we need to know when the repairs are going to be carried out so people can actually get back to using it.

“It would be good to get some reassurances that at least some preliminary repairs can be carried out once the initial investigations have been completed.”