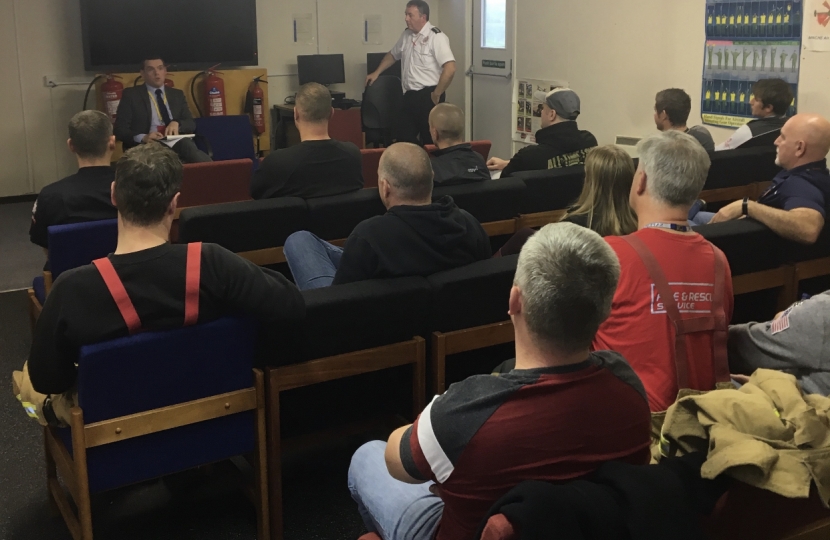 After being contacted in October last year by concerned civilian Firefighters at RAF Lossiemouth regarding proposed job losses and a possible relocation of work, Moray MP Douglas Ross met with some of the Firefighters affected, at RAF Lossiemouth, to listen to their concerns. Having continued to work hard behind the scenes for several months, raising the issue with every Defence Minister at Westminster, Douglas has welcomed the confirmation that the possible changes will no longer go ahead.

Douglas said “I’ve been engaged in discussions since October, with the Firefighters involved, senior personnel at RAF Lossiemouth, the Secretary of State for Defence and various Ministers, in relation to this ongoing issue, which has brought about a huge amount of stress and anxiety to the Firefighters involved and also their families, particularly in relation to their job security.

“This whole issue was exacerbated by a breakdown in meaningful and clear communication between the civilian personnel involved, Capita, DF&R and the RAF Command.

“In response to my questioning I’ve been told by MOD Ministers that they have reviewed the options to provide Fire and Rescue support at RAF Lossiemouth and given the circumstances with the arrival of the Poseidon P8 aircraft, the correct decision has been taken and there will be no redundancies amongst the civilian Firefighters as a result of their transfer to Capita and there will be no change to their workplace location either.