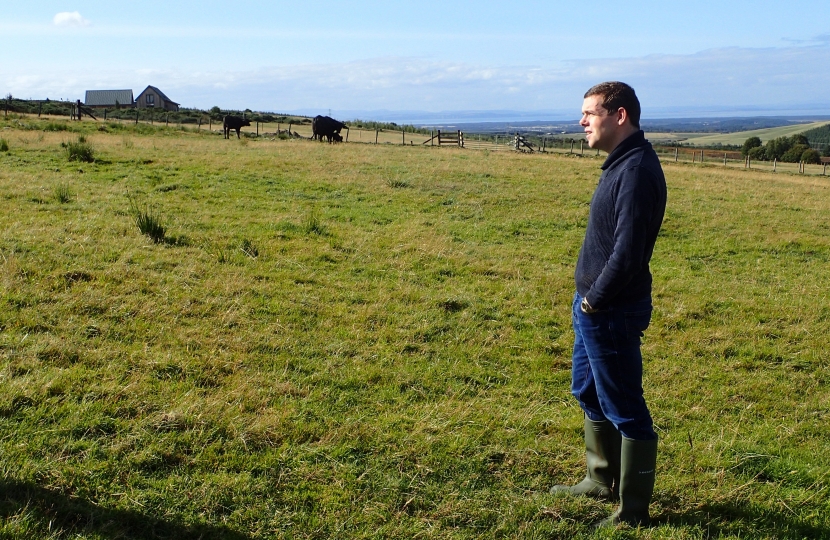 Moray MP Douglas Ross says that the farming sector in Scotland is not being treated as a priority by the Scottish Government over its future agricultural policy.

Commenting as MPs across the political spectrum pledged their support to Back British Farming and as the UK government launched their Agriculture Bill at Westminster Douglas said: “Much of agricultural policy in Scotland is devolved yet the SNP Government is keeping farmers in the dark about what their policy actually is.

“Today the Agricultural Bill begins its first stages in the House of Commons and this legislation will ensure farmers in Moray, Scotland and across the UK will continue to receive CAP payments until the end of this Parliament, but the SNP failed to even include a bill on agriculture in their programme of Government which was announced last week.

“The Welsh Government and Department for Agriculture, Environmental and Rural Affairs in Northern Ireland have requested for the UK Government to legislate on their behalf in some areas of agricultural policy. This offer was extended to the Scottish Government, but they have instead chosen to bring forward their own proposal but have failed to actually do that, so our farmers could lose out as a result.

“The SNP Scottish Government should be providing certainty for farmers by guaranteeing CAP payments and setting out their policies, yet they are completely ignoring the issue. This is an absolute disgrace.

“They are the party of Government in Scotland, but the SNP have made no provision for farmers post-Brexit or if they have, seem to have failed to reveal it. They seem more intent with political point scoring and banging on about a second independence referendum rather than working for our farmers.

“Time is running out and we need the SNP get a grip and get on with it, rather than just talking about it. Farmers need clarity about the future agricultural policy in Scotland”