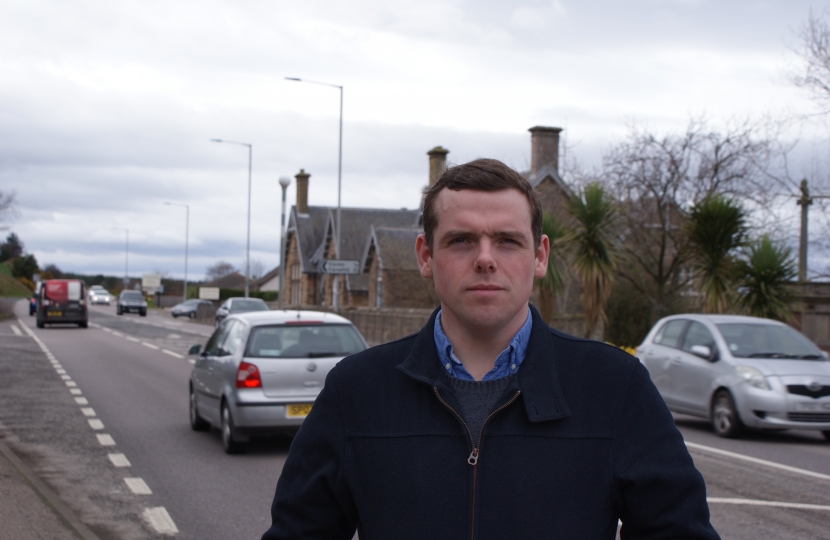 Moray Conservative MP Douglas Ross was recently contacted by constituents from across Moray who complained about the excessive noise from the exhausts of some cars and the manner in which they were being driven.

Douglas said “Having listened to constituents concerns about the manner in which some people were driving their cars in the local area and the excessive noise that they were making, I made contact with the Moray based Area Commander of Police Scotland to see what could be done to assist local people.

“Although it is not illegal to fit a ‘big bore’ exhaust to a car it is illegal to do so and then use them on public roads, so it was good to get this confirmed from Police Scotland”.

There is a regulation which deals with this type of offence and makes it illegal to alter an exhaust fitted to a vehicle after date of manufacture to the extent that it increases noise and the escape of gases. Both offences are dealt with by Fixed Penalty of £50.

Douglas continued “The local Police have stated that since January 2018 there have been 33 drivers in Moray issued with Fixed Penalties for exhaust offences and 17 for causing excessive noise. I’m pleased to learn that the Police are taking these complaints seriously and dealing effectively with those drivers who continue to drive in an anti- social manner. I hope this provides some reassurance to local people who contacted me about this.”