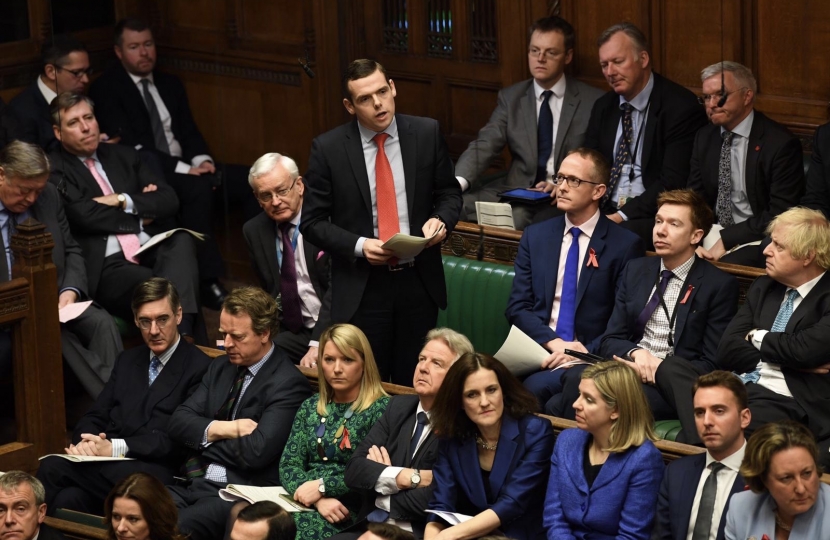 Commenting after First Minister Nicola Sturgeon announced the introduction of legislation in the Scottish Parliament which could pave the way for another Scottish Independence Referendum, Scottish Conservative MP Douglas Ross said:

“It’s astonishing, yet entirely predictable that Nicola Sturgeon and the SNP are pushing for another Independence Referendum, because that is their one and only ambition. The SNP told voters if they supported them in the Euro election it wouldn’t be seen as backing independence, yet not even a week later the First Minister is yet again calling for another referendum.

“At a time when the people of Moray and Scotland need their country to be run responsibly, when our NHS and education systems are in crisis, when small businesses and larger enterprises need the support of competent leaders, we have the SNP-led Scottish Government who would rather just concentrate on having another divisive referendum, proving that they really don’t care about the country or its needs. They just want independence at all costs.

“We have all had enough of referendums, but the SNP are desperate to keep asking the same question until they get the answer they want.

“We said No and we meant No. Scottish Conservatives stand ready to take over at the next election to put a First Minister in charge who will get on with the business of running the country properly and protecting our relationship with the rest of the United Kingdom, which is best for Scotland. It just a shame the SNP can’t focus on these important issue rather than continuing with their obsession of separating Scotland from the rest of the UK.”