Moray MP appointed to the government in post-election reshuffle 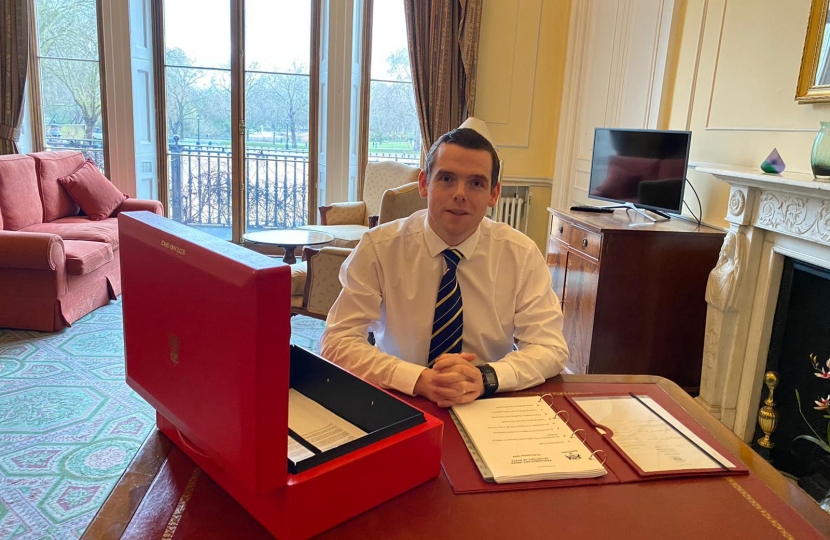 Scottish Conservative MP for Moray, Douglas Ross, has been appointed to the government by the Prime Minister who undertook a small reshuffle following the General Election on the 12th December. Douglas is now a Minister at the Scotland Office and started his duties at Dover House earlier today (Tuesday). Commenting Douglas said:

“Being re-elected as Moray’s MP is the greatest privilege I will have in politics and I’m thrilled to be representing my home area again in this new session of Parliament.

“As ever, after an election, there is a reshuffle and on Monday night the Prime Minister spoke with me and asked if I would join the government as a Minister in the Scotland Office which I was pleased to accept.

“I’m delighted to have the opportunity to work alongside the Secretary of State for Scotland as we strengthen Scotland’s place in the UK and deliver on our commitment to leave the EU at the end of next month.

“The UK Government is firmly focussed on bringing the whole of the United Kingdom together and we’re determined to show how the UK works for Scotland. This includes driving forward our transformative investment of more than £1.4 billion in Scottish city and growth deals, which includes the Moray Growth Deal.

“I’m honoured and excited to be entering Government at such an important time while also continuing to do the job I love, representing Moray as our MP.”