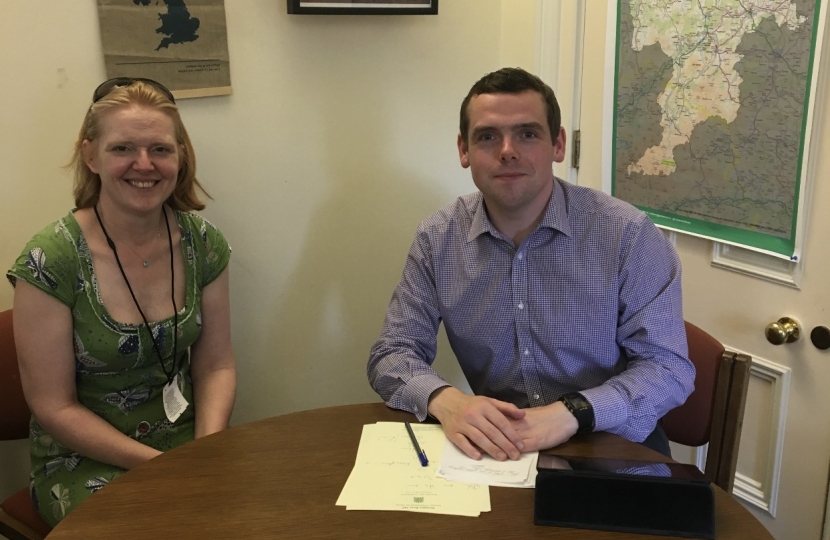 Moray MP Douglas Ross launched a Facebook live discussion last night (Tuesday) around his proposals for a pilot of the Graduated Driving Licence (GDL) to be introduced in Scotland. This type of interaction was believed to be a first for a North Politician and during the discussion, Douglas was joined by Dr Sarah Jones from NHS Wales, who has carried out 10 years of research into road collisions in Scotland and Wales. The proposals have cross-party support and are backed by both the Scottish and UK Governments.

Douglas said “There is overwhelming evidence that if a form of GDL was introduced in Scotland alone, lives would be saved and serious injuries prevented on our roads.

“A GDL can include many elements and this scheme has been found to be the best practice approach to new and young drivers across the world. The key is it’s based on evidence.

“I’m not in any way saying that all young or new drivers are bad drivers, but a GDL approach has been evidenced to be the best way for younger drivers to gain the necessary skills and experience to drive in all sorts of conditions.

“Alarmingly, the Highlands and Grampian have some of the highest young driver collision rates in the UK, with 10% of all collisions involving a driver aged between just 17 and 19 years. In these areas alone we could reduce casualties, including those killed or seriously injured, if a form of graduated licence was introduced.

“Because of the criticism on social media when I suggested this pilot, I thought the best thing to do would be to make myself and experts in this field available to answer queries and concerns for people on Facebook. I think the fact we were answering questions for well over half an hour shows there was a lot of interest in this subject and I’m pleased people were willing to engage on this matter.

“I’ve always said this may not be the right solution, but surely it’s right that we discuss everything and anything that could save lives and reduce the number of collisions on our roads.”