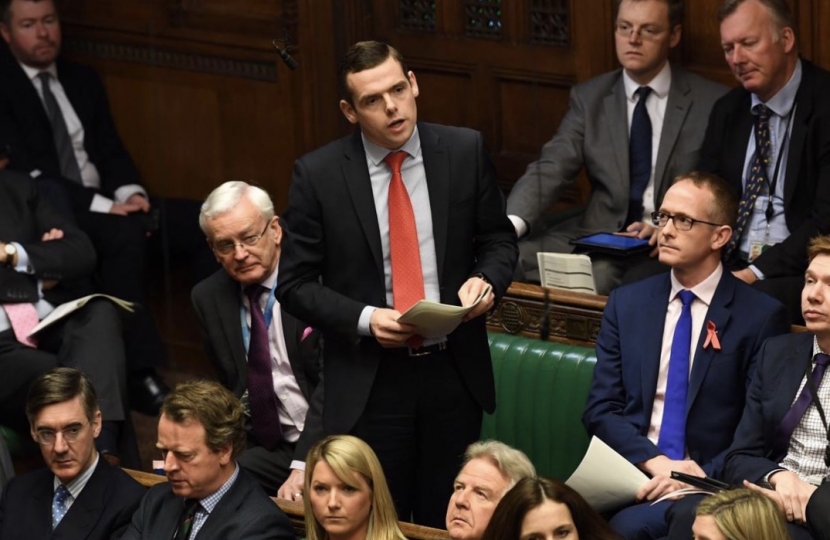 MORAY MP Douglas Ross has commented on his excitement that the Moray Growth Deal could be announced as soon as tomorrow (Thursday) when Deputy Prime Minister Rt Hon David Lidington MP visits the area.

The Moray MP was speaking after once again championing the cause for a Moray Growth Deal in the House of Commons during a Cabinet Office questions earlier today.

Douglas said: “There has been a huge amount of work done by partners in Moray and both the UK and Scottish Governments to get us to this stage where I believe we are close to confirming the Moray Growth Deal.

“This is an ambitious and transformational plan for our area and as the Minister said in response to my question these Growth Deals have made a huge impact in other parts of Scotland where they’ve been delivered.

“I believe this visit to Moray by David Lidington, who deputises for the Prime Minister, is the ideal opportunity to confirm the progress both our Governments have made on this deal and to confirm it will be going ahead and the funding Moray will receive to deliver this plan.

“I’ve championed the Growth Deal at Westminster since I was elected as Moray’s MP and I’m excited that we could be on the cusp of delivering this significant investment to our area.”