There has been a lot said about today’s decision to end this current session of Parliament and hold a Queen’s Speech.

This current session of Parliament has lasted longer than any other for 400 years and indeed the opposition have been asking for a Queen’s Speech for some time.

It is important as a new government that there is an opportunity to set out the programme of government and what we intend to do both to deliver the result of the referendum and an ambitious domestic policy agenda.

As Parliament does not traditionally sit during the conference recess, ending this session of Parliament and holding a Queen’s Speech means that the additional number of days when Parliament will not be sitting will be between four and five days, the additional three weeks were always planned for the party conferences.

Much has been said that this is an attempt to force No Deal through Parliament, yet Parliament will still have an opportunity to debate Brexit ahead of the deadline of 31st October. I also hope this move will focus minds in the EU that we want to leave in an orderly manner with a deal. That is what I want and I hope we can still achieve that, but it’s right that we are prepared to leave without a deal at the end of October as a further extension and more uncertainty is not in anyone’s interest.

Most people I speak with want to see Brexit delivered, see the country to move on and focus on domestic policies that local people want to see prioritised.

While some constituents have contacted me asking for me to oppose this move, others have welcomed the decision as a way of implementing the result of the referendum held over three years ago. It should be noted however this is not a matter MPs will vote on, Her Majesty has now agreed the dates when this session of Parliament will end and when the Queen’s Speech will take place.

Below is a letter the Prime Minister has sent all MPs which explains the situation and the process Parliament will now follow over the next few weeks. 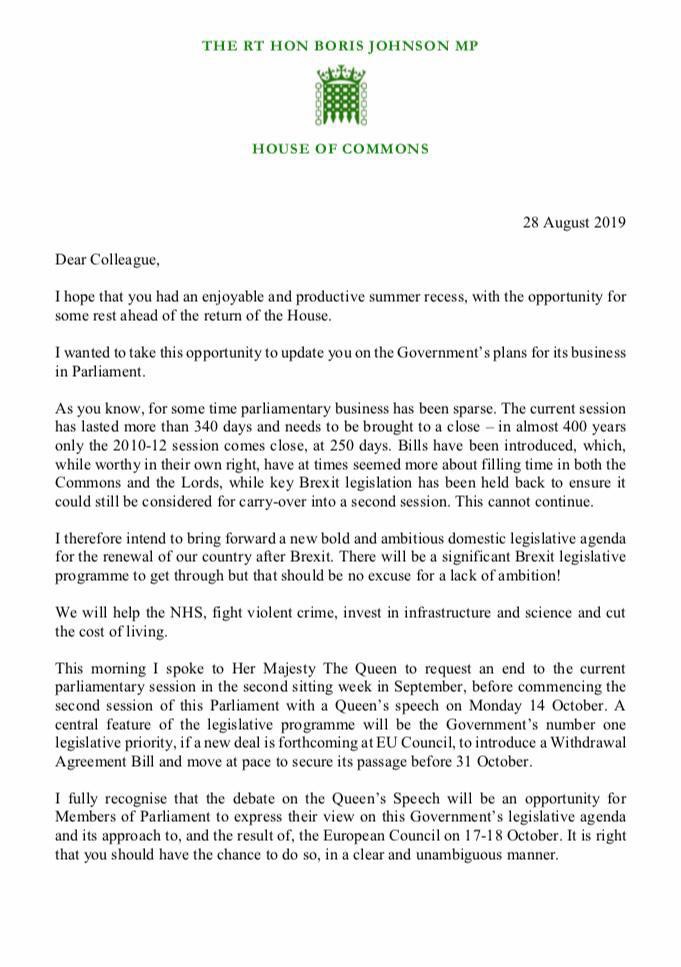 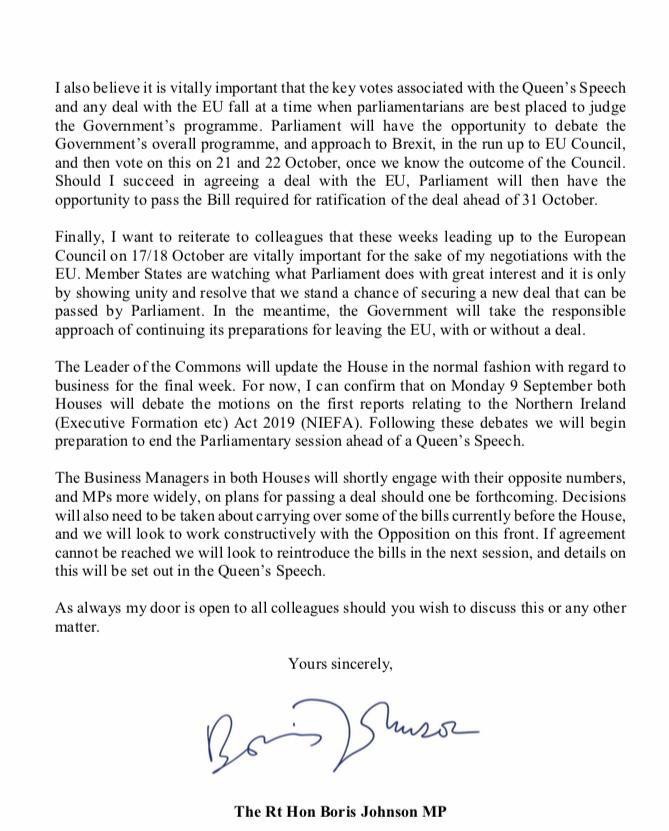 Due to the volume of correspondence I’m receiving and the fast pace of changes to Brexit events I will now be uploading my position on Brexit here on my website.

Moray MP Douglas Ross has welcomed reports that the Chancellor is set to invest more than £30million to support the green energy transition in the north-east of Scotland.