Conservatives shocked as SNP vote down motion on Dr Gray’s 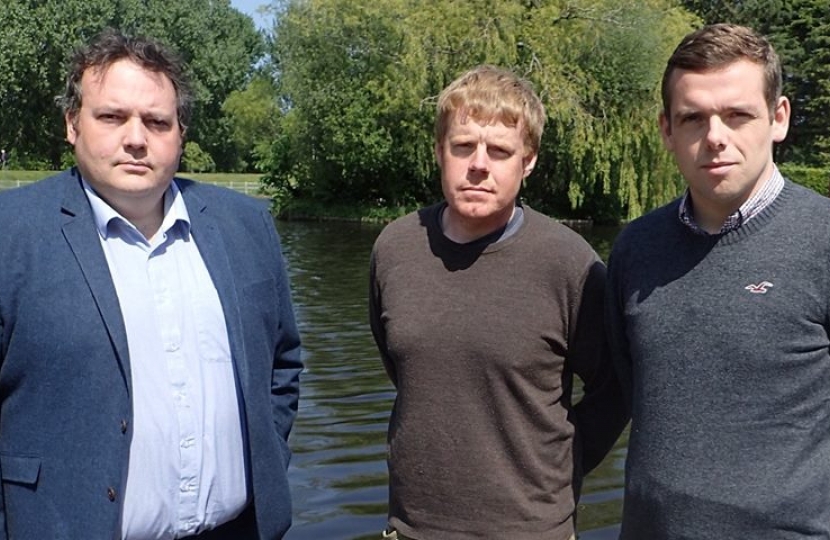 Following a motion put by the Conservative group on Moray Council this morning (Wednesday 2nd October)regarding the changes to the paediatric ward at Dr Gray’s Hospital, senior Conservatives have expressed shock that an informed response from the council to NHS Grampian’s consultation  was deemed “too detailed” by SNP councillors.

“Following that I have spent weeks obtaining information on the changes at Dr Gray’s, and was left with several outstanding questions which could have formed the basis of a response by Moray Council to the consultation.

“I believe their response to our request makes a mockery of what we are here to do. The consultation report from NHS Grampian lacked details and there remains key questions over the 24hr limit on the paediatric ward, the effect this will have on families who will have to travel to Aberdeen, and how the community paediatric unit will work.

“This morning our concerns were ignored by fellow councillors. I can only hope things do turn out OK, but really worry that the changes have not been spelled out clearly to the Moray public.”

Moray MP Douglas Ross said “It’s extremely disappointing that the Scottish Conservative motion regarding the paediatric ward at Dr Gray’s was thrown out by SNP Councillors because the consultation document was too detailed.  It now seems if you listen to local people and express their concerns in a comprehensive manner the SNP in Moray want to shut down the debate.

“What could be more important than the medical care and health of our young children here in Moray?  As NHS Grampian are making changes to the services provided, every detail of these proposals needs to be examined to ensure the people of Moray have the best possible outcome with regards to local health services.

“I know from the number of people who contact me just how important this issue is for local people so they will be stunned to learn that the Councillors we elect to ensure that we have the best services possible, deem this consultation document too detailed to waste time discussing!”

Highlands and Islands MSP Jamie Halcro Johnston commented: “It seems extraordinary that Moray Council should have nothing to say about the challenges facing Dr Gray’s Hospital given that the performance of the hospital has a direct impact on the services that the council is required to deliver.

“For instance, Moray Council and NHS Grampian are funding partners of the Moray Integration Joint Board which exists to manage the transition of patients from the healthcare system to social care.

“By attempting to close down discussion, and refusing to look at options, the SNP administration of Moray Council is doing the public a grave disservice.”